Even if you’ve never heard of Randy Casey, chances are you’ve heard him play guitar.

His music has appeared on soundtracks on The Fall Guy and other television shows, as background tracks on NPR’s “All Things Considered” and other radio shows, and on the soundtracks of several independent films. He’s done commercial work for mega-brands including Target, H&R Block, Levi’s, Mattel, Pep Boys, Vidal Sassoon, and many others. And blues aficionados will remember him as Shannon Curfman’s music director when the young star broke onto the scene.

Through all the twists and turns, he’s been steadfastly making original music, and his most recent album, I Got Lucky, is launching him to international radio play and press acclaim. 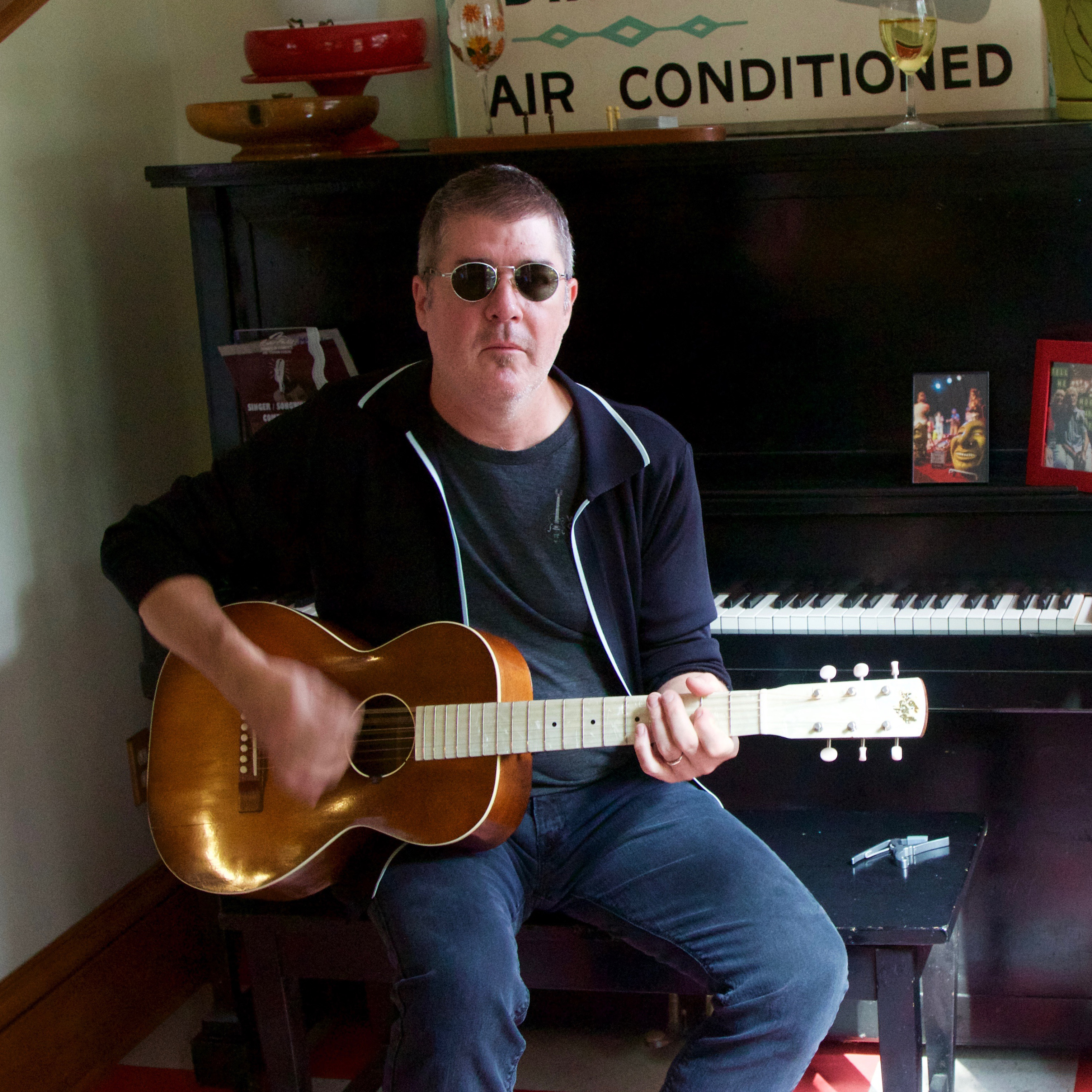 Come see Randy live solo or with his band.

No shows booked at the moment. 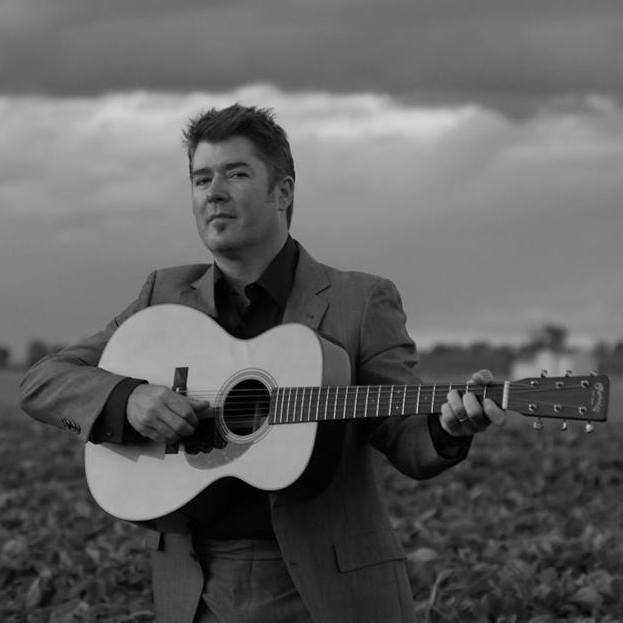 “It’s pointless listing all the albums Randy Casey has played on or the bands he’s toured with; suffice to say I guess he’s learnt a ‘little bit’ from everyone concerned; and that long apprenticeship pays off in bundles right the way through this fabulous album (I GOT LUCKY).” READ FULL REIVEW – The Rocking Magpie
“An Americana white boy with a mélange of blues emanating from his guitar is a rocker to the core with panoramic eyes and ears. Not a kitchen sink record, there is something here for everyone–especially those on the prowl for something new and different from a cat that’s been flying high under the radar for too long. Savvy stuff that knows the ropes and how to swing on them properly.” – Midwest Record & Entertainment News
“The intricate, heart-felt country-blues pickin’ and genuine musical cameraderie embedded in this album { Late Bloomer} makes it one of those rare “white boy blues” albums that actually WORKS.” Tommy Hallet – Reveille Magazine
“With Casey playing mandolin, harmonica, National steel, lap steel and other guitars, Say No More suggests a slide-happy, Southern-fried Leo Kottke gone ambient.” – Jon Bream/Star Tribune
“Now here’s someone who’s taking the notion of roots rock almost to extremes, throwing Americana, folk, country and Blues into the mixer.” Stuart A Hamilton – Zeitgeist
“The twang and swamp blues of ‘Say No More’ feels like a soundtrack without need of a film. In a car, or, better yet a Greyhound, it does for passing scenery what Ry Cooder did for ‘Paris, Texas” – Bill Snyder – No Depression
“Say No More’ is an ambitious work of art. Furthermore, Randy Casey’s music walks the line that stretches between different styles, influences, and all kinds of genres. All of this has been carefully brought together with some incredible playing on six- and twelve-string National steel guitars.” – Amsterdam, Netherlands – KindaMuzik.
“Hypnotic, mood-altering and wholly original, Say No More plays like a vintage Leo Kottke record as channeled through a Martian jug-band.” – Jim Walsh – St.Paul Pioneer Press

Listen to samples of Randy’s latest release ‘I Got Lucky’ or purchase through CD Baby. 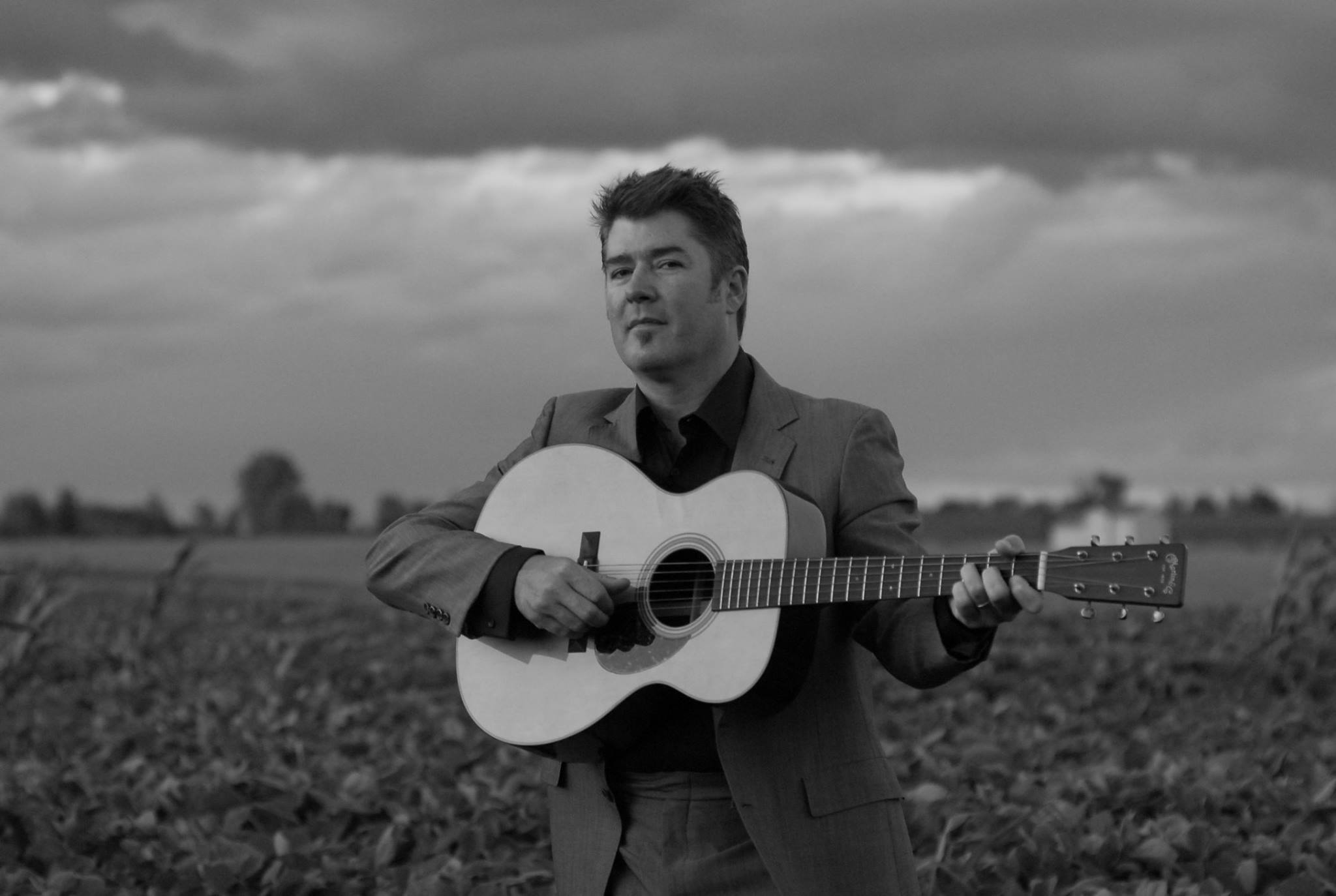 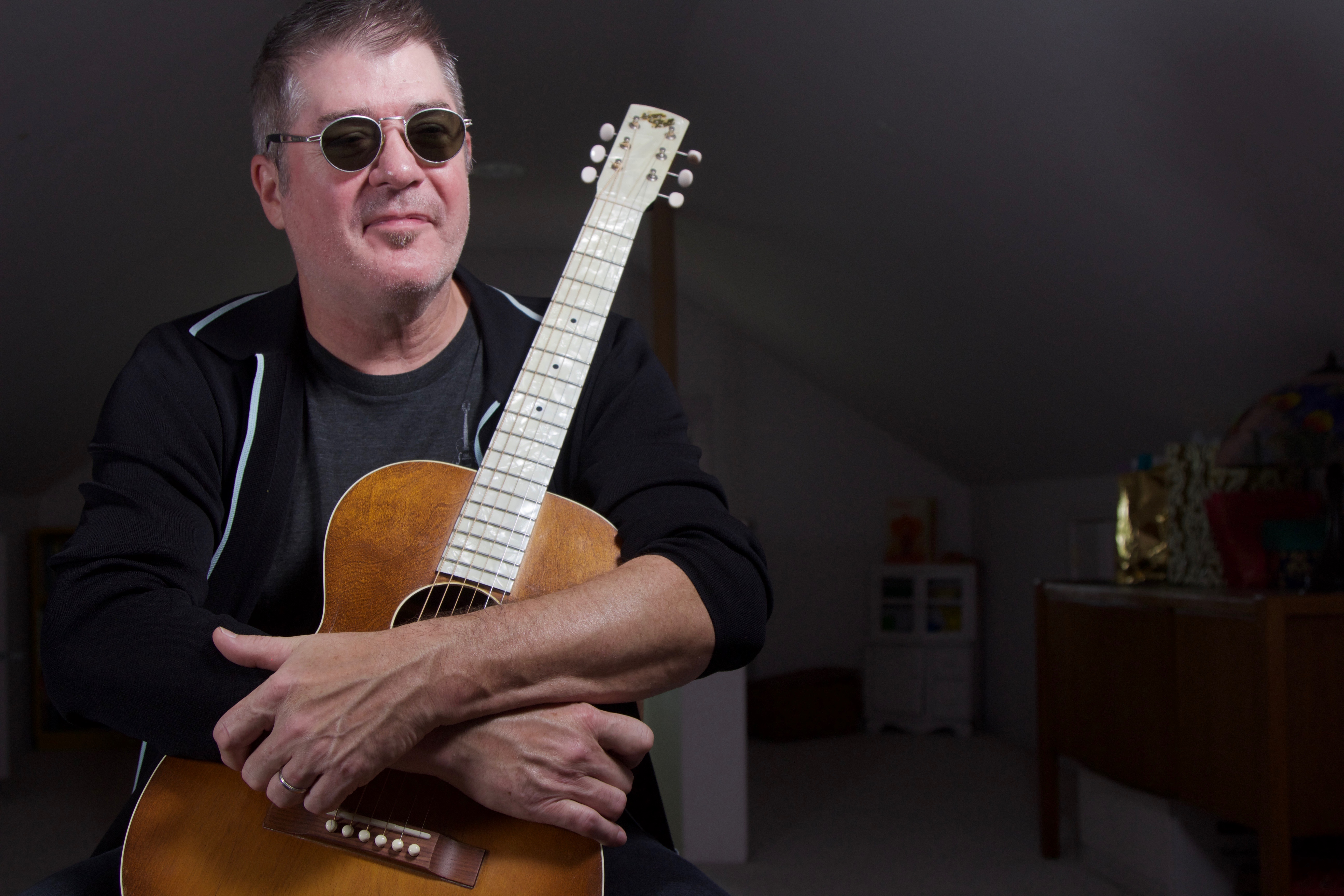 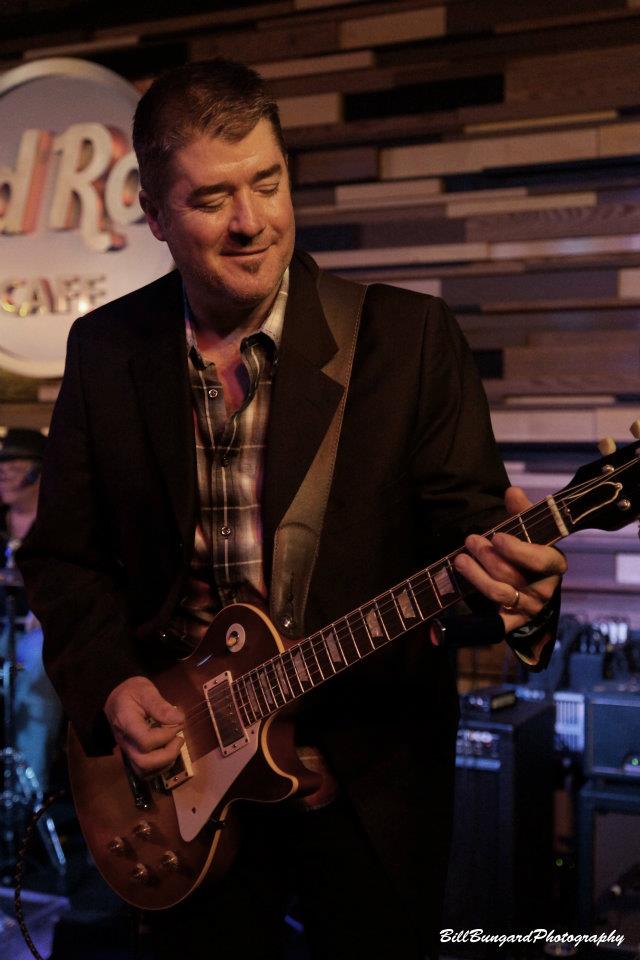 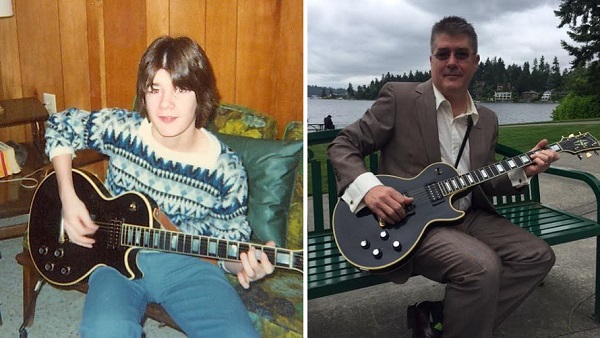 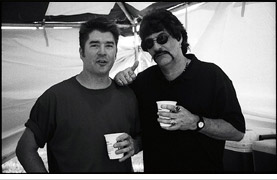 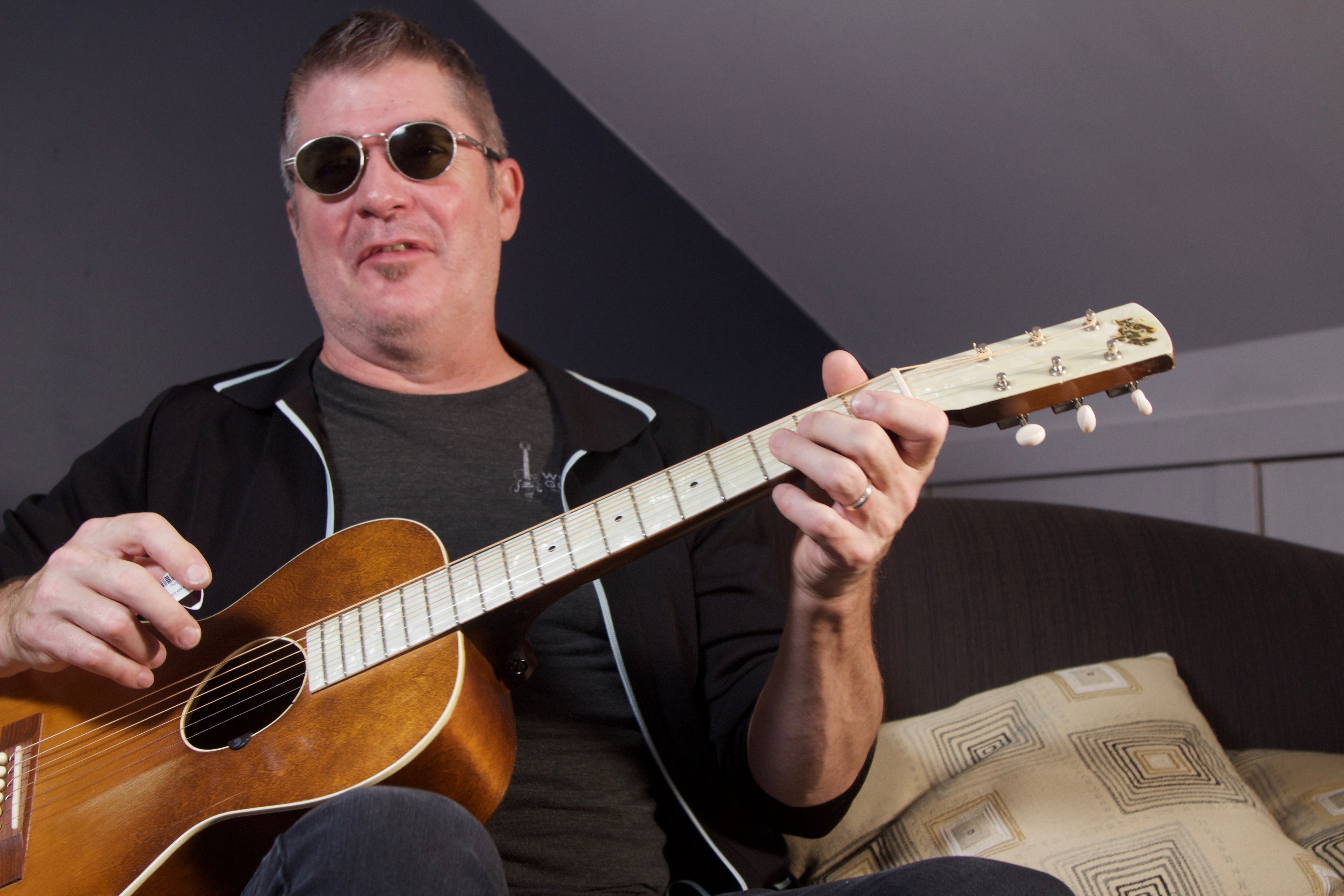 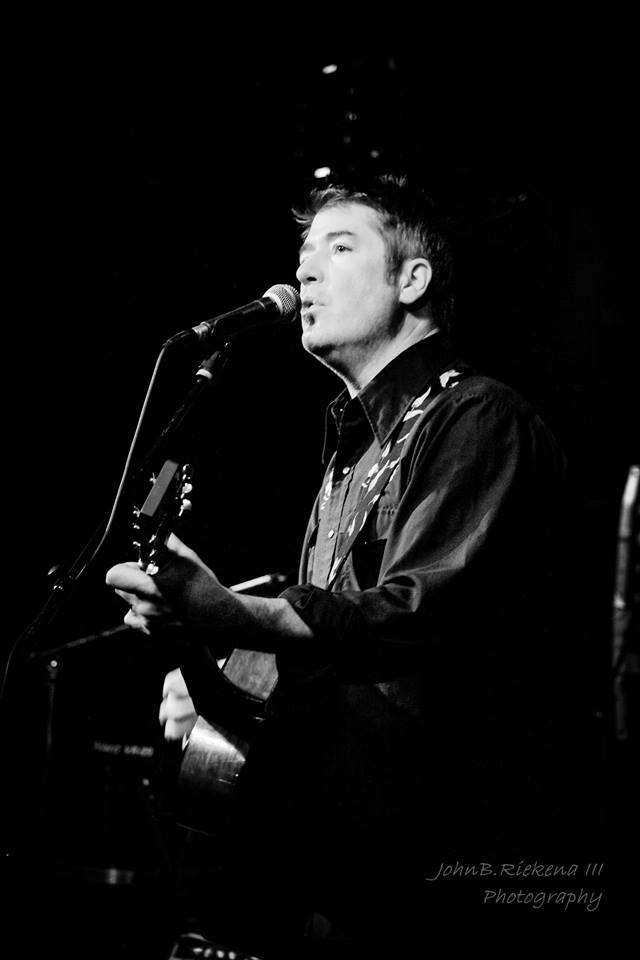 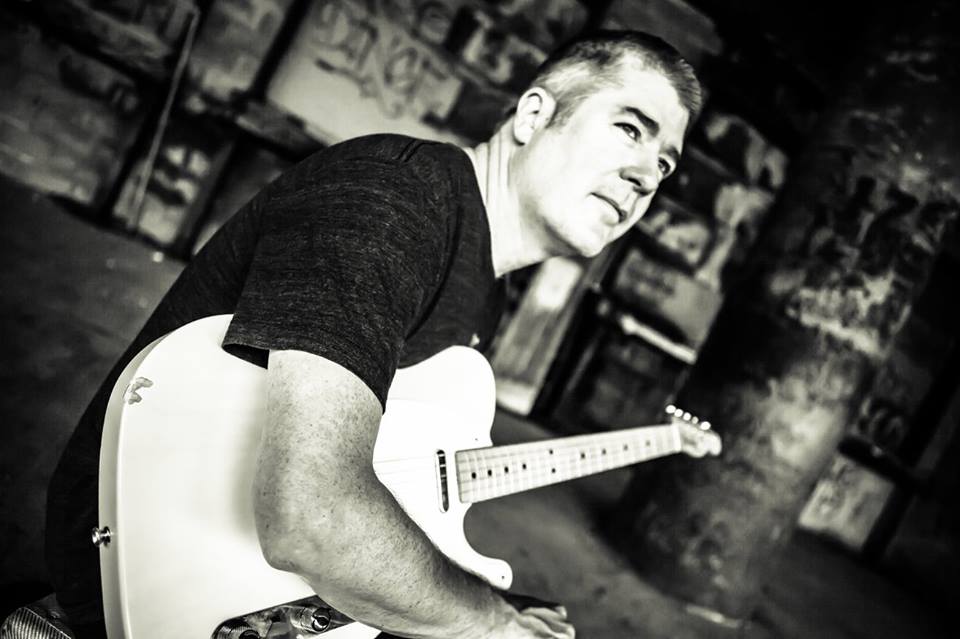 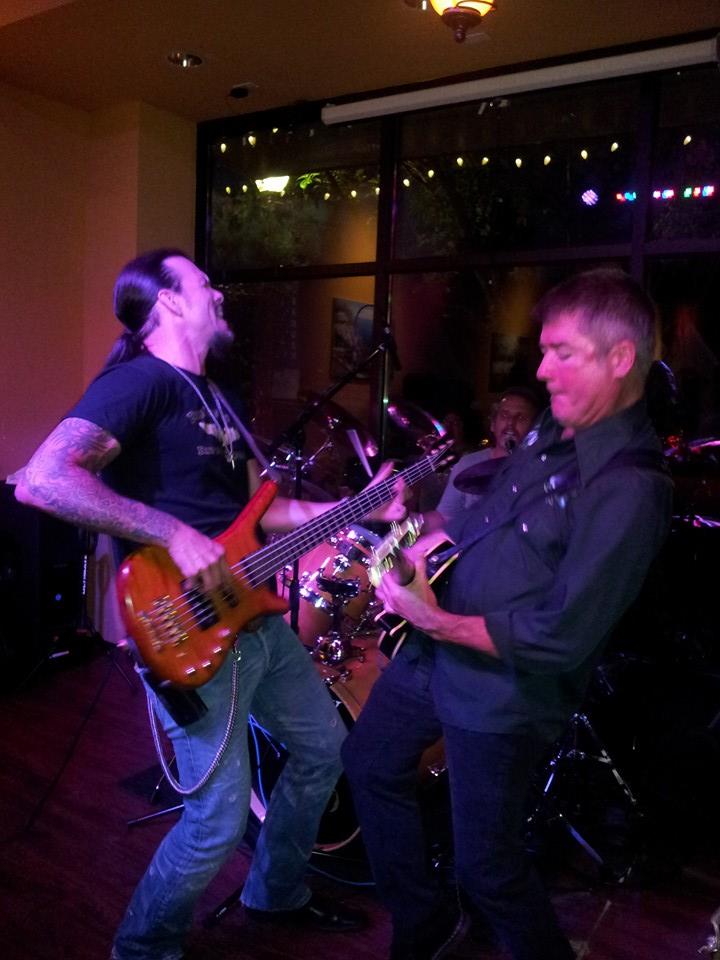 There have been a lot of ups and down in 30 years and eight albums. From the minute Casey got his hands on his neighbor’s 1969 Gibson Les Paul Custom as a 12-year-old, guitar was his world. He played his first professional gig at 15, playing a guitar he bought with paper route money. Inspired by British blues and rock artists, he already knew what kind of music he wanted to play.

“When I was a kid I thought Eric Clapton, Jeff Beck and Jimmy Page invented the blues,” he said. “Each of them even favored a black Les Paul at one time or another. I wanted to be just like them.”

Since that first outing, he’s had some unusually cool gigs. While with Arista recording artist Shannon Curfman, he played some of the world’s biggest stages with such royals of modern music as Robert Cray, Melissa Etheridge, Jimmie Vaughn, and Buddy Guy. Under his own name, he opened for Eddie Money and The North Mississippi Allstars, among others. He recorded and/or performed with major label artists including Emmy- and Grammy-nominee songwriter and film composer Peter Himmelman, alt-country pioneers Souled American, and new age guitarist and documentary subject Billy McLaughlin.

He’s also played New York’s legendary CBGB Club and LA’s iconic Troubador, and once he even found himself at a recording session attended by Bob Dylan. In between, he played local gigs and worked as a studio session guitarist in every genre namable, building for himself an incredibly vast library of styles and skills to draw on as a songwriter.

“I am lucky to be blessed with a good ear,” he said. “My ability to adapt to a variety of styles has kept me busy as a sideman, a frontman, a session musician and a songwriter/composer.“

The range of his performance experiences is almost as wide as his musical influences, and Casey is grateful for them all.

Playing with such a wide array of artists and genres led to his unique sound, a roots-music, rock, country, electronica, and blues mélange that one critic called “a southern-friend Leo Kottke gone ambient,” another “a delicious blend of corn pone meets Brit rock,” and yet another “a vintage Leo Kottke record as channeled through a Martian jug-band.” He’s even been described as a “hip-hop hillbilly.”

“When I was a kid I thought Eric Clapton, Jeff Beck and Jimmy Page invented the blues,” he said. “Each of them even favored a black Les Paul at one time or another. I wanted to be just like them — Randy Casey”
With his most recent album, Casey’s style has coalesced around that most quintessentially American music form—the blues.

I Got Lucky is Randy Casey’s blues, innovative and quirky while remaining deeply authentic and true to the music’s tradition. Of the eight albums he’s done, this one is the most oriented to his original influences, the electric blues innovators who reinterpreted the genre for a new era. That step away from his usual eclecticism was owing in part to the advice of a well-known publicist.

“I started this album project with 22 songs in mind, worked that down to fourteen and then settled on twelve. I thought I was done until a trusted industry professional counseled me to reconsider, citing too much diversity in styles,” he said. “I was encouraged to write and record half a dozen new songs to round out a more focused collection.”

The result is the most tightly crafted album of Casey’s career, featuring clever songwriting with his signature style of roots music seasoned with flavors from a banquet of musical ingredients, served up with masterful guitar work and expressive vocals.

One of the reasons the album is so inspired is because of one special guitar. Several hundred guitars after the first one bought with paper route money Casey’s remarkable guitar collection was made complete when he beat out Cheap Trick’s Rick Neilsen to purchase that 1969 Gibson Les Paul Custom from that long ago neighbor, who knew Neilsen wanted it but gave Casey a chance to buy it first.

The album is catching the attention of the international blues scene, and is introducing new audiences to this creative songwriter and guitarist.

Randy Casey is an exciting artist, at the pinnacle of his craft. If you have just discovered him, you picked a good time. One might even say you got lucky.

“Excellent musical performances by all involved, some of my best guitar playing on record and really solid songwriting make I Got Lucky a very strong album,” he said.

Randy Casey is a talented session musician and recording engineer, having created successful tracks backing NPR’s “All Things Considered.” He’s composed commissioned tracks for Target, H & R Block, Levi’s, Mattel, Pep Boys, Vidal Sassoon and other famous brands. Randy’s also scored for film and television, including Polly’s Global Walk and The Choo-Choo Bob Show, and some of his work has been licensed by Fox Television.

Trouble Down The Holler